Glenn Robinson - NYer of the Week!

Congrats to Glenn Robinson, founder of Bags for the People (BFTP) for being named this week's NYer of the Week by NY1. 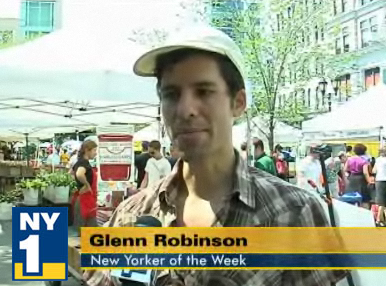 'Glenn Robinson used to sell vegetables at the stand in the Union Square and hand them over to customers in tens of thousands of plastic bags.

"We were giving out plastic bags left and right and it just seemed like a problem to me and I was part of the problem, I was actually handing them out," says Robinson.

So five months ago, Robinson started making cloth bags to give to people at the stand. The idea took off and he started the organization "Bags For The People," which holds sewing workshops for the public and in schools.'

With sewing machines fueled by solar panels, Glenn is sewing live at farmers markets. Find the full schedule here. Whether permitting he'll be at Union Square Farmers Market today, Saturday, August 22 sewing from 10:00 - 2:00. BFTP will be sewing and giving away bags in conjunction with the soon to be released No Impact Man Documentary. 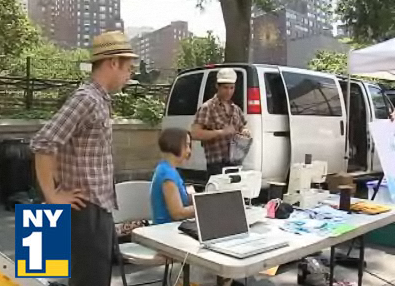 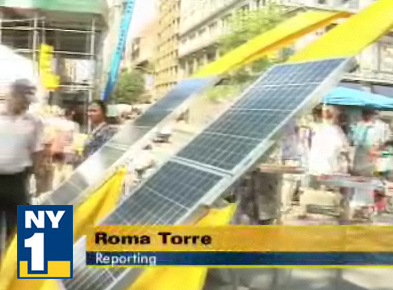 BFTP is a non profit and therefore depends on the generosity of people who can donate materials, time and funds. More on how you can support here.

Watch the full NY1 NYer of the Week video at NY1 online
Posted by reiter8 at 8:18 AM