Submit your mini review to Sailing World's Morning Light Critics Contest forums thread for a chance to win prizes like Morning Light polos, a Reiter8 sail tote, and the companion book What the Sea Teaches Us.

Find out more about the movie here.
Posted by reiter8 at 4:12 PM No comments: 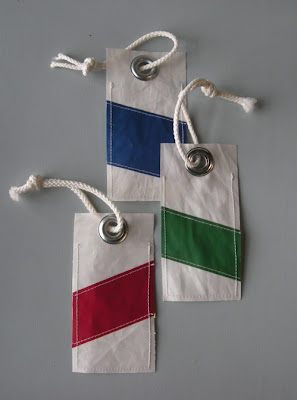 Still stinging from that $70 round trip ticket to Belize that Travel Zoo got me all hyped up about and I was too slow to grab. 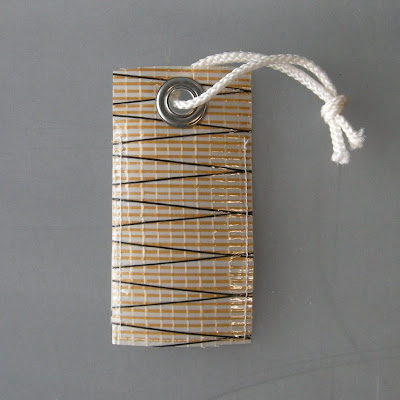 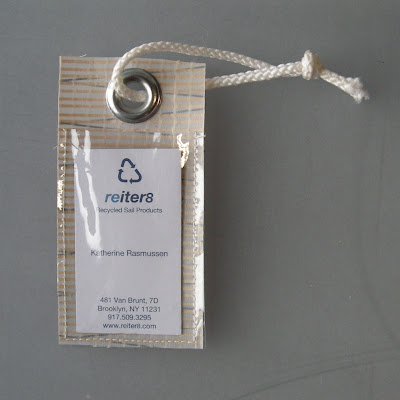 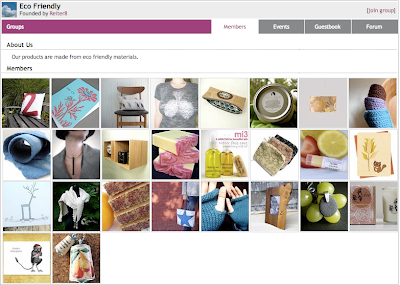 Detail from the group featuring (l to r): ShutterKate, Solidio and Stepping Stones
Check 'em out!
Posted by reiter8 at 1:57 PM No comments:

Zen and The Art of Motorcycle Maintenance

This was not my only view as we sped over the Brooklyn Bridge on the 'scooter-cycle' yesterday but I thought it would make a cool picture. Look closely, it's the Brooklyn Bridge reflected in my husbands helmet. I call it a scooter-cycle, because it looks like a scooter but is got 250 cc's and can zip along like a motorcycle. When he hits 60 mph I give him the slowdown squeeze.

Focusing only on the helmet while we rode for a while reminded me the book Zen and The Art of Motorcycle Maintenance and particularly of the sweet of a moment at the end of book. It's the part when the son stands up a little bit on the foot pegs while he and his father are driving on a motorcycle and he's ohhing and ahhing, because for the first time during his 17 day trip across the States he seeing beyond his father's back.

Have a great weekend and make sure you're taking the opportunity to look beyond. 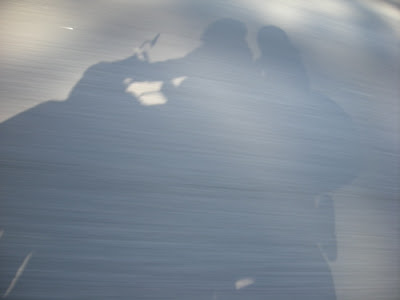 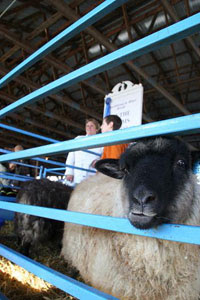 We enjoyed a ridiculously beautiful day yesterday at the NY State Sheep and Wool Festival at the Rhinebeck Fairgrounds. (I forgot my camera - the above photo is by Garret C. Lown.)

We hadn't been in a couple years and we entertained by the recent addition of Punkin Chuckin. Local school teams built giant catapults that hurled pumpkins (and water jugs in a warm up) at targets set up to 300 (?) feet away. They were awarded points for distance and accuracy.

My favorite vendor is Brooks Farm - the colors and quality they products is stunning. 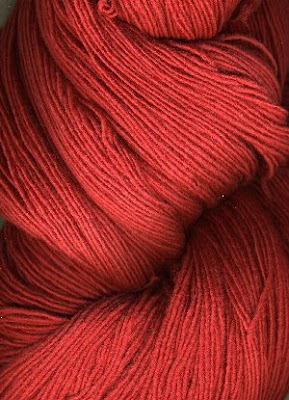 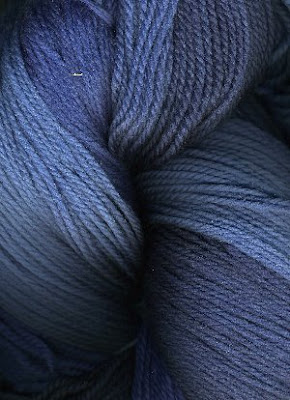 The dog trials are great - amazing how focused those border collies are - make our dogs, 3 yr old rescued cock-a-poo litter mates, seem like toys in comparison because of how untrained and goofy they are.

The sheep competitions are educational - there's an ongoing commentary during the judging followed by a thoughtful explanation of placement by the judge. The paddocks are great for listening to the constant bleating and observing the range of breed in attendance.

That's really the tip of the iceberg - there's so much more - llamas, spinning, cooking, winetasting...check out the site for all the info. The festival is held on the 3rd weekend in October - mark your calendar for next year.
Posted by reiter8 at 8:40 AM No comments: 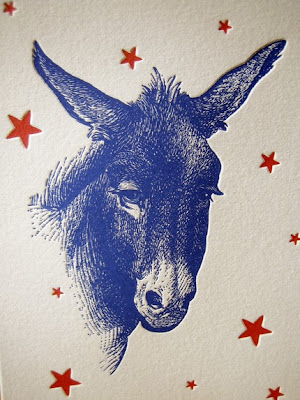 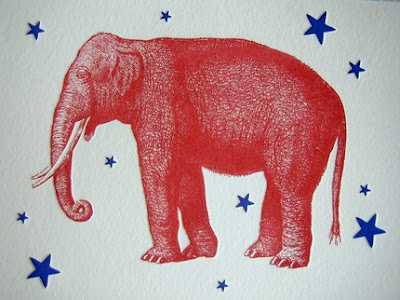 Hot off the letterpress! Brooklyn based Acorn Letterpress has created the most stunning limited edition election themed invitations.

"they make a snazzy way to get out the vote before the election, or to congratulate - or commiserate with - your fellow partisans afterwards. They also make a fun gift for your favorite Democrat or Republican." 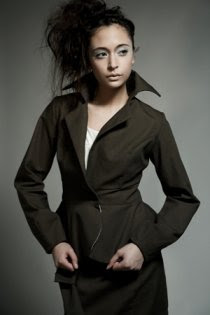 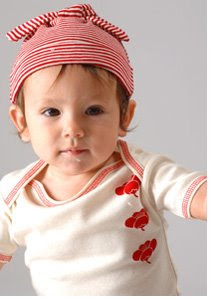 AND THE NEW ELROY FALL COLLECTION (pictured above) OF ORGANIC CLOTHES WILL BE HITTING THE RACKS AT WHOLESALE PRICES!!!!

Ariel, GTGS owner will be devoting her time to massage and the Greenpoint Lodge. Good luck Ariel!

**Update: Ariel has 4 Reiter8 bags that will be in the sale
Posted by reiter8 at 5:44 AM No comments:

"Fifteen young sailors... six months of intense training... one chance at the brass ring. This exciting True-Life documentary tells the inspiring story of a group of intrepid and determined young men and women, on the cusp of adulthood, as they embark on life’s first great adventure. Racing a high-performance 52-foot sloop in the TRANSPAC, the most revered of open-ocean sailing competitions, the crew of "Morning Light" matches wits and skills in a dramatic 2300 mile showdown against top professionals."

Along with chances to win movie tickets, Disney is also promoting the movie by awarding Reiter8 recycled sail totes to many lucky winners nationwide. Look in your local papers for show times and promotional ads like this one from the Philadelphia Inquirer

For your chance to win one admit-two (2) pass send your name, address and daytime phone number to tickets@alliedadvpub.com.

For more info and many video clips see the Disney's official movie site Good luck and enjoy the show!
Posted by reiter8 at 5:41 AM No comments:

The Tufts 10k was a success. My mom (third form the right) and I finished side by side, although the pace was slower than my she had hoped. Frankly, I think that finishing a 10k fast or slow when you are 70+ is enough to be happy for.

I'm very proud of her commitment to running this race. As mentioned prior, she has run it for each of the 32 years that it's been held. The handful of women who share this distinction are pictured below. 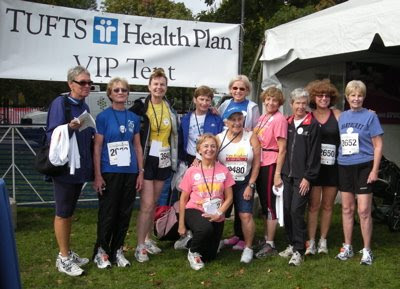 The orange bands on most everyones sneakers have a time chip embedded. It's pretty incredible technology - that tiny chip (see that raised bump?) registers your bib number when you cross the start and finish lines. 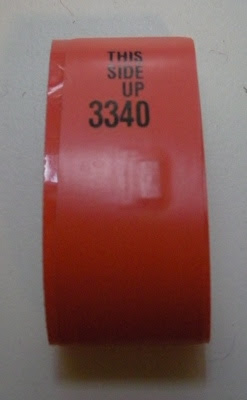 There were a reported 7,000 race participants and the amazing part is that 7,000 chips actually register info as the cluster of runners pass start line. Go figure.

Happy to be back, although a little sore this morning. I promised to train better next year.
Posted by reiter8 at 7:43 AM No comments: 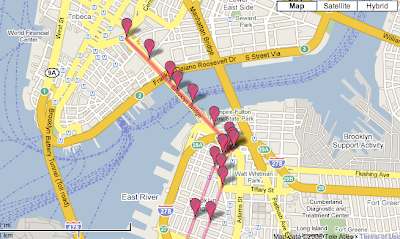 Well, I started training for this 10k a little late. OK so, maybe I haven't really trained at all - until yesterday. I went for a long jog. Curious about the distance, I plugged it into google's handy distance calculator.

Traveling over the Brooklyn Bridge, by foot, bike or even car is not to be missed. The fact that I can bring my workout to someplace like the iconic, historic Brooklyn Bridge is motivation to keep on movin' over the hill it's structure provides. On a warm Saturday there were a lot of tourists to dodge, but you can't beat the view of both the bridge and beyond.
Posted by reiter8 at 10:37 AM No comments: 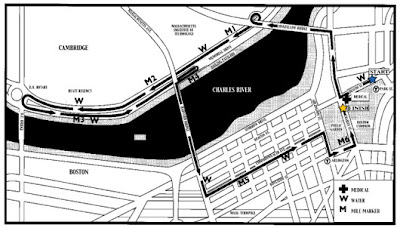 That blog suspension went a little longer than expected, apologies.

I'm back - kind of. Tomorrow I'll be heading up to Beantown to run the Tufts 10k. Originally called the Bonnie Bell for it's sponsor back in 1977, I ran in that inaugural year (and a few thereafter) with my sister, Meg and our track team, Liberty AC (one of whom won the race: then high school senior Lynn Jennings in a time of 34:31.) It was a fun race and just having turned 13, I was ripe for the goodie bag of cosmetics with the prized jumbo watermelon lip smackers lip gloss... on a string to wear around your neck!

My mom also ran the race that year. She started running out of boredom and curiosity after carting me and my sister so many times to and from track practice. One day she stepped out on the track herself and ran a lap. Then two and so on.

She joined the track team that I had run with. She has run marathons although these days, sticks to shorter races. She has steadily plugged away, jogging longer (literally) than my sister and I. I remember how trilled she was to turn 65 because her chances of winning were now renewed in this, her new age group.

So she will be running the Tufts 10k again. This will be her 32nd year...straight. She hasn't missed one. I have traveled to run with her for the past 3 years. Now that I'm no longer a scornful teen who wants to run away from her mom, it'll be nice to keep pace with her - if I can! Wish me luck - I'll need it!!

More on the race here. A bio of my mom and all the other 'lifers' here.
Posted by reiter8 at 7:52 AM No comments: 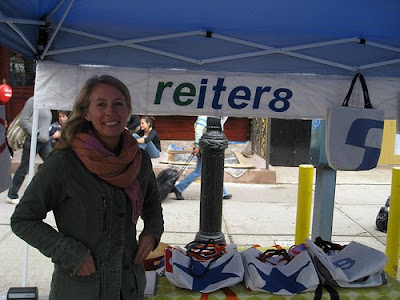 I have suspended my blog recently in order to travel to Atlantic Ave here in Brooklyn for the 34th annual Atlantic Antic...
Sorry, couldn't resist.

It was a great day and thanks to all of you who stopped by to say hello. Especially Amy of The Peach Tree who took the above photo.
The letters for my sign (pictured in the background) arrived Sat afternoon and I packed them and thought that it wouldn't be a biggie to slap 'em up while I set up. Well, thank goodness that I had my back to that slapped up lookin sign most of the day - otherwise the kerning and general sloppiness would have driven me nutty. It'll be fixed in time for the next fair - I promise.

Full account of the day's antics over on Peach Tree's blog.
Also lots of great shots on flickr
Posted by reiter8 at 10:17 AM No comments: